Tyler Rios, the Highland Park man charged with kidnapping his son last week in an incident that was the subject of a widely broadcast Amber Alert has been charged with the murder of the boy’s 24-year-old mother. The Highland Park High School graduate and athletic star Tyler Rios, 27, was charged with kidnapping and murder in the abduction of his 2-year-old son, Sebastian Rios, and the death of the boy’s mother, 24-year-old Yasemin Uyar, of Rahway, Union County Prosecutor William A. Daniel and Rahway Police Director Jonathan Parham announced Thursday. Rios was in custody in Tennessee pending extradition back to New Jersey, after which a first appearance and detention hearing will be scheduled to take place in Superior Court in Union County. It’s still unclear where and exactly when Uyar was killed, and additional information about her death was not disclosed. See below stories for the background. READ MORE

It was a Highland Park High School romance story with a very tragic ending – the death of a beautiful 24-year-old woman, Yasemin Uyar, who doted upon her two-year-old son Sebastian Rios. Sebastian now no longer has a mother and has a father 27-year-old Tyler Rios, who remains in police custody, charged with first-degree kidnapping for the alleged abduction of the toddler Sebastian. Additional criminal charges are pending in the death of Yasemin Uyar, according to the Union County Prosecutor’s Office. Karen Uyar mother of Yasemin and grandmother of Sebastian held a press conference at the Highland Park Police Headquarters on Monday July 12. She recounted the sad tale of how her daughter Yasemin, known as “Yazzi,” HPHS class of 2015 met Chris Rios, HPHS class of 2012, and a wrestling and football star, when they were students at HPHS. READ MORE

A mother who was allegedly abducted alongside her two-year-old son, triggering an Amber Alert in New Jersey and Pennsylvania, has been found dead in Tennessee, her family said, according to NBC News 4 New York. The body of Yasmine Uyar, 24, was found in Tennessee, where authorities also safely located her baby, The suspected abductor is the boy’s father, Highland Park NJ resident Tyler Rios, who was arrested in the city of Monterey, where police found his son. The Highland Park Police Department reported only that the two-year old child Sebastian Rios of Rahway, who was the subject of a widely disseminated Amber Alert on Friday June 9, was found safe and unharmed. The Police Facebook page was still reporting as of early Sunday morning that his mother 24-year-old Yasmine Uyar of Rahway was still missing. His father 27-year-old Tyler Rios, a resident of Highland Park, allegedly abducted both and is now in custody. READ MORE

The Highland Park Borough Council voted on July 6 to approve a resolution in support of a national Medicare for All system – and by doing so sent an unambiguous message to Congress and New Jersey’s Congressional representatives about implementing a basic human right of universal health care. Ten other New Jersey municipalities, including Trenton, Princeton and West Orange Township, have passed resolutions advocating for guaranteed health care. The need for such a public policy was highlighted tragically by the COVID-19 pandemic when millions of New Jerseyans lost their jobs and their health insurance. Healthcare providers reported that a portion of New Jersey’s more than 26,000 deaths could have been prevented if people had sought treatment immediately. Often the lack of health insurance discouraged patients from seeking medical help. READ MORE

The Dream Project invites people of all ages to participate in its Biking for a Cause initiative on Sunday July 18, 10 a.m. and by doing so contribute to bringing significant and sustainable social change in New Brunswick. During the15 mile ride throughout New Brunswick, riders will learn about changemakers working in the city. In addition, riders can get iinvolved in  the changemaking action. After learning about two of The Dream Project’s charity partners – Triple C Housing and Elijah’s Promise – riders will get a snack and give a snack while helping assemble food bags to give to Elijah’s Promise. The event is free, but organizers are encouraging a donation of $25 that will go to the charity partners. READ MORE

Performing artists during the past 16 months of the pandemic social distancing and isolation have fought to remain relevant with the public by ‘takin’ it to the streets,’ in the words of The Doobie Brothers. Highland Park has been among the communities that have supported this trend, starting last November 2020 when Main Street Highland Park arranged the American Repertory Ballet/Princeton Ballet School Nutcracker performance segments outdoors in the Main Street’s Farmers’ Market space. Most recently at the end of May, residents were heaping praise on Highland Park-based musician Gary Kaplan for producing Porch Fest, an entire afternoon of rock music performances from the porches and/or driveways of homes throughout the town. Porch Fest rocked the community out of its lethargy and into an energetic post-pandemic state of mind. I roamed the streets during Porch Fest and was astonished to see how quickly the isolation and community deterioration of COVID was eradicated not only by a vaccine but also by these performances that brought the residents swinging and mingling together with unmitigated joy in a COVID safe manner. READ MORE

Gov. Phil Murphy’s new proposed budget has reignited the controversy regarding the practice of diverting state Housing Trust Fund revenues for purposes other than affordable housing — something previous governors of both parties had done, but which he pledged not to do. The proposal would divert up to $47 million. The administration defended this action, noting that unlike past diversions reprogrammed funds will continue to support housing activities. READ MORE

As the pandemic was raging last fall, many residents of Highland Park were unaware that a popular local landmark – the Doughboy statue – a tribute to American soldiers who fought in World War I, was knocked from its perch at the intersection of Raritan and Woodbridge Avenues. Tragically, its helmeted head was broken away from its body. On October 16, 2020, the Doughboy statue was struck by a tractor trailer making a turn at that Raritan/Woodbridge intersection. On the morning of Monday, May 31, 2021, the Doughboy Statue stood fully repaired in all of its glory and fulfilled its pivotal role in the community’s Memorial Day commemorative ceremony.  At noon, Highland Park Borough, in conjunction with the Veterans Alliance of Raritan Valley, hosted a service that included a wreath-laying ceremony and a performance of Taps by a bugler at the Doughboy statue. READ MORE

The curtain goes up once again on Highland Park Outdoor Movies. Save the date SATURDAY MAY 15 for opening night in the Highland Park Outdoor Movie Theater. The first presentation of the season is WATERSHIP DOWN. Vintage cartoons begin at dusk. Feature presentation is at 9 p.m. In addition to being family friendly, the movie series is financially friendly – it is free. READ MORE 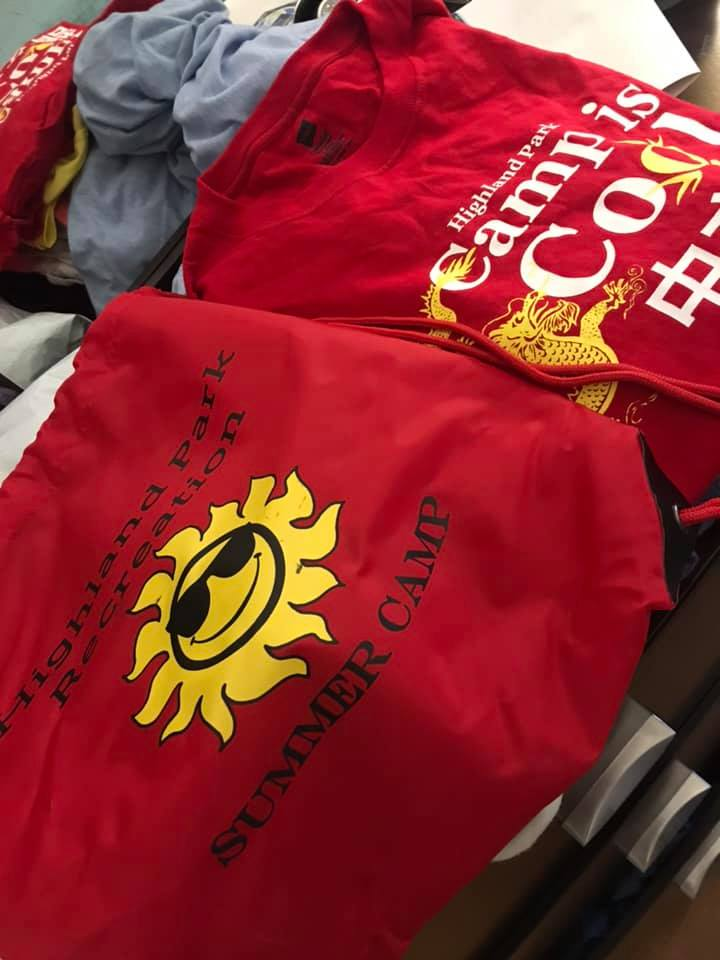 HP Recreation is preparing for 2021 Summer Camp! We will be offering 6 weeks of camp, beginning July 5! Registration opens on April 12!

BOROUGH OFFERS FREE COVID-19 TESTING
Mondays, 10 am – 4 pm
Wednesdays, 12 pm – 4 pm
Fridays, 10 am – 1 pm
This testing is at NO COST to participants whether or not you have insurance.
Participants should pre-register (https://testnj.online/reg.aspx)
But walk-ins are allowed.
Bring photo ID and Insurance Card (if you have it)
Questions? refer to the FAQ page on the Borough’s website at https://www.hpboro.com/covid19testing.
OR EMAIL: emissey@hpboro.com